Back to Blog Main Page

It’s no secret that mortgages and rent are expensive, and these costs often keep low-income families and retirees from safe, comfortable dwellings. Unfortunately, the question of more affordable housing is a controversial one fraught with misconceptions. Here, Christopher Community, Inc. addresses seven of the most common misconceptions about affordable housing and demonstrates why these assumptions are inaccurate.

Many opponents argue that affordable housing will negatively impact the value of other nearby properties, but this claim is false. Repeated research has shown that affordable housing has no adverse effects on the neighborhood’s real estate market. Other homes will sell just as quickly and for the same price they would fetch in any other area.

Most modern affordable housing developments are populated by full-time workers in low or moderate-income jobs. While they can support themselves, their

Others oppose affordable housing purely on an aesthetic basis. If built for lower-income residents, they argue, the properties will look cheap and undesirable. In reality, builders are beholden to the same standards as market-rate projects. The housing is affordable through the support of public and private funds – not because of shoddy design or low-quality construction.

Though some arguments claim that affordable housing raises taxes, the opposite is actually true. Many lower-income families are forced to move frequently to find a living space they can afford, and the constant changes in schooling can interfere with their kids’ education. When children have stable homes and school systems, however, they can build long-term relationships with teachers, mentors, and peers. These relationships bring better success in school, improved test scores, and a higher likelihood of attending college. College degrees lead to higher incomes and less reliance on tax-funded support systems. Everybody wins.

Like the argument about raising taxes, this is also a falsehood. Affordable housing provides a net plus on tax rolls. It replaces or improves substandard constructions while freeing families from the cycle of constantly moving. Municipalities actually stand to gain from affordable housing. Meanwhile, residents have stable employment and can pay their part – reducing rates for other taxpayers.

Though some assume that affordable housing invites crime into the area, this assumption is inaccurate. Families in affordable housing don’t have any more criminal tendencies than other households. They want the same thing every family wants – a safe place to live. In fact, there are zero studies demonstrating any connection between affordable housing and crime rates.

#6: Affordable Housing Is a Government Hand-Out.

This is false. For one, families must meet stringent criteria in order to be eligible for affordable housing subsidies, meaning only the neediest are granted them. Affordable housing also brings countless advantages to the municipality by replacing run-down properties, making stable employment and taxpaying possible, enhancing education, and more. Instead of viewing it as a handout, people should recognize affordable housing as an investment in the community at large.

#7: Affordable Housing Only Benefits the Poor.

By implementing affordable housing, all of these people stand to gain. 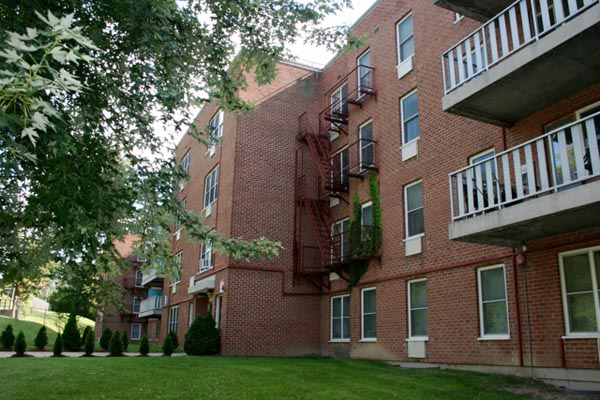