“We are very excited to recognize Jay with this promotion to Regional Property Manager at Christopher Community,” said President and CEO Justin Rudgick. “We believe his diverse management background and experience as a tax credit specialist (TCS) will serve this position very well.” 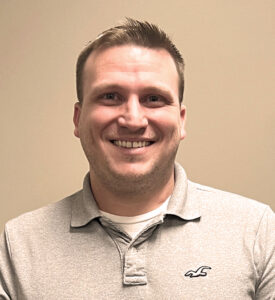 Miller began his career as a leasing consultant 10 years ago at a market rate property in Orlando, Florida. After being promoted to Assistant Property Manager at that location, he later became Property Manager at luxury apartments in that market. Since 2013, he has managed several communities in South and Central Florida, as well as US Virgin Islands, and most recently in Syracuse.

He was hired recently as Property Manager of Christopher Community properties Camillus Heights and Harborbrook Apartments, before being promoted to this new position.

Born and raised in South Florida, Miller moved to Syracuse in January 2021. He resides here with his partner Alan, and enjoys traveling, cooking and the outdoors.

“I am really looking forward to growing and learning more with Christopher Community in my new role, as well as taking my career to a whole new level,” said Miller.

About Christopher Community
Established in 1971, Christopher Community currently manages over 3,200 units and more than 100 buildings, as well as administers Onondaga County’s Rental Assistance Program which serves over 1,200 households. Christopher Community, Inc. develops and operates safe, affordable housing for low- and moderate-income individuals and families in a way that respects their dignity, and fosters their independence, while enhancing the character of the neighborhood in which they live. The non-profit organization serves communities across New York State including: Syracuse, Rochester, Buffalo, Utica, Watertown, Oswego, Cortland, Elmira, and Canandaigua, amongst others.